Background: He is from Southern California and has one brother who is a black and white pup.

Eye Color: Used to be as dark as the night sky, but now they have evolved to more of a light brown color

Size: He was about 8 pounds when he was 13 weeks old. He is now 1 year and 8 months old and weighing about 23 pounds.

What do I love the most about Kobi?

He is super cuddly and affectionate around familiar people. He loves to snuggle up and to rest his furry face on your lap. He is always SUPER happy to see you when you get out of the shower. He will glue himself outside the bathroom door and wait for you. He does not have any separation anxiety. He makes you feel so very loved and will greet you very fondly like you have been separated for many years.

What do I like the least about Kobi? He’s weary around strangers (especially little children) and is very selective on who he will allow to be his friend (both people and other dogs). He is also choosy on who can pat his head.

Is he house-broken?: Yes! He hasn’t had an accident since he was 10 months old. When he has to go, he barks and whines to let us know and we take him out

Does he play fetch?: When you have a toy or a ball in your hand, he’ll get super excited and start to wag his tail – he’ll wag it about five times and then sit down and wait for you to throw it. He’ll gladly chase the ball after you throw it but him giving it back to you afterwards is another story.

Does he bark often?: Not really, unless he has to go pee or unless you’re holding like a croissant or something. Then he will bark like a mad dog. He has a low growling voice that sounds akin to a very old man. Aside from this, Kobi is not vocal at all and is relatively silent.

Does he jump on you?:He has very long legs and can jump very high. He only jumps on you if he is very excited to see you. Usually this happens when you arrive home or get out of the shower.

What kind of tricks can he do?: Kobi can sit, lay down, shake a paw, play dead, spin in a circle, speak on command, high five and jump up. He performs these tricks perfectly when there is food involved. 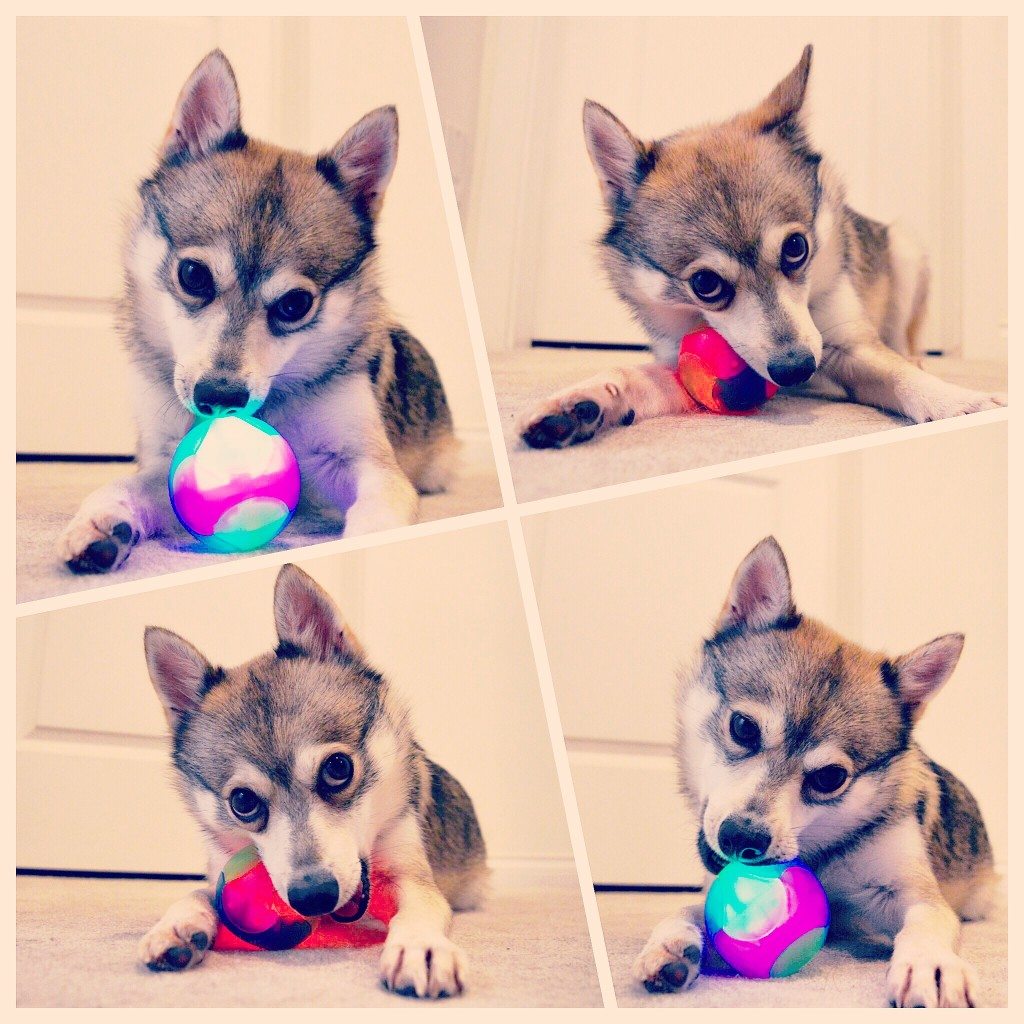 Kobi playing with his new ball

What is his sleep pattern like?: He loves to sleep. He sleeps and he snores. He wakes up at around noon every day and even then you have to basically pry him out of his crate.

What type of food: does he eat? He gets fed Orijen Dry Dog Food but he’s always on the lookout for a chance to get a nibble on some human food. Rice is probably his favorite. He also loves to eat broccoli stems (not the leaves, he hates those). 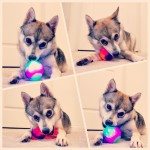